Aerial Photography - Behind the Scenes

The Leonardo is now the tallest building in Africa

The Carlton is the tallest building in Africa  at 225.5 metres. The 50 floor building was the tallest building in the southern hemisphere when originally completed in 1973.  The foundations of the two buildings in the complex are 3.5m in diameter and extend 20m down to the bedrock, 30m below street level. The building houses both offices and shops, and has over 46 per cent of the floor area below ground level. The building has a viewing deck on the 50th floor which offers spectacular  views of Johannesburg and its surrounding suburbs. 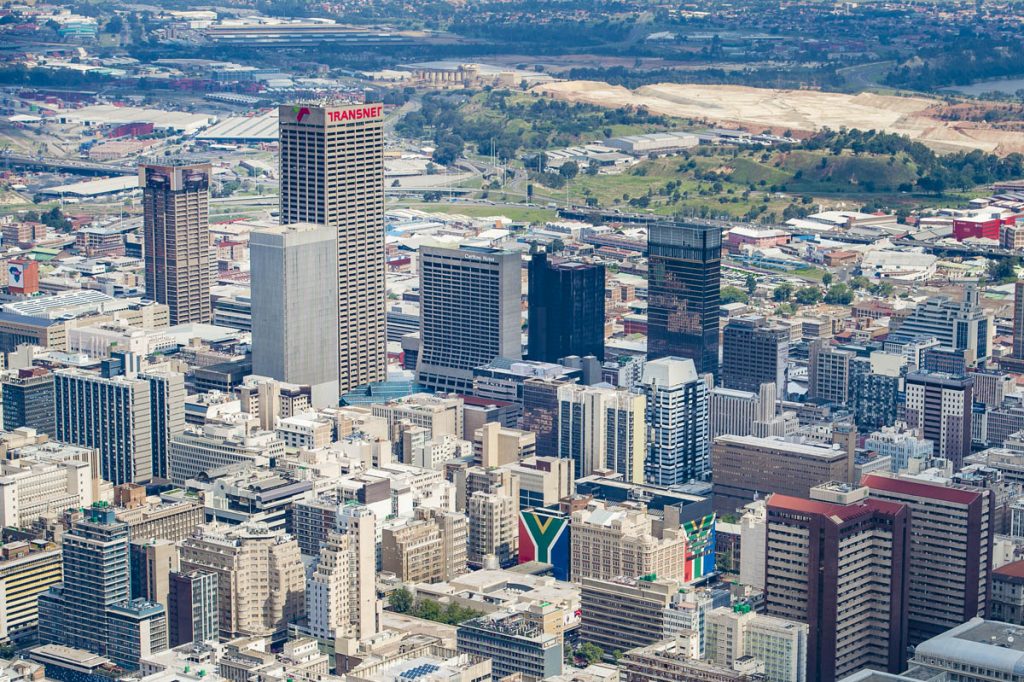 2. Ponte Tower
Ponte Tower is currently the 2nd tallest building in South Africa. It was built in 1975 to a height of 173 m, making it the tallest residential skyscraper in Africa. The 54-story building is cylindrical, with an open centre allowing additional light into the apartments. 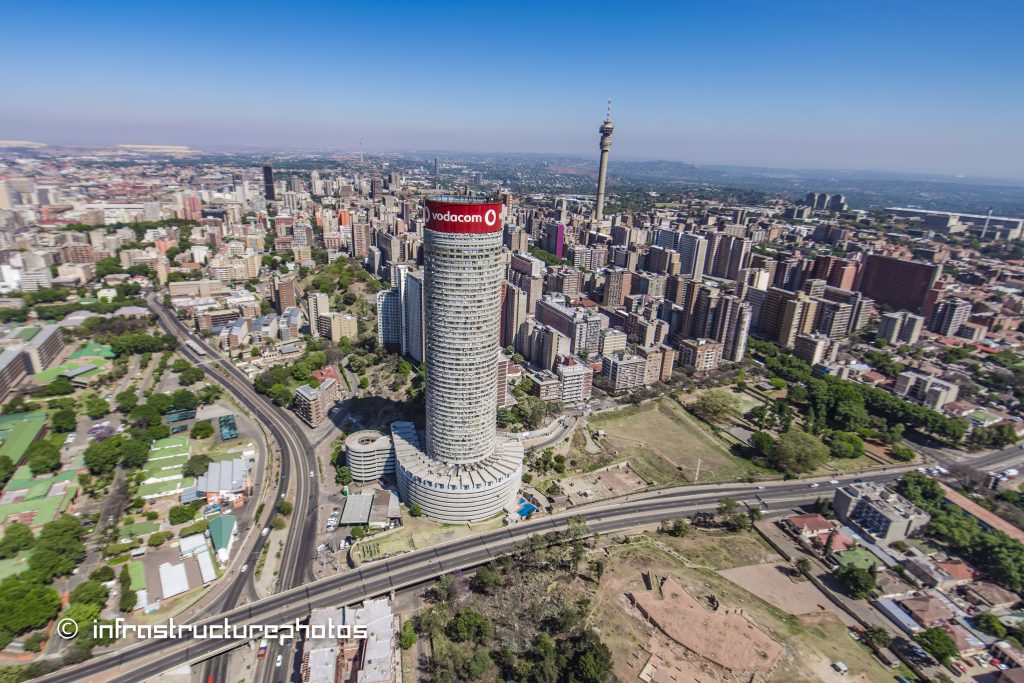 3. Marble Towers is in the Central Business District of Johannesburg, South Africa.. The building has an eight-storey parking garage attached to it. It has the biggest electronic sign in the Southern Hemisphere, measuring 44 metres by 32 metres by 12 metres. It is made out of a mixture of concrete and marble. Its main use is for commercial offices. 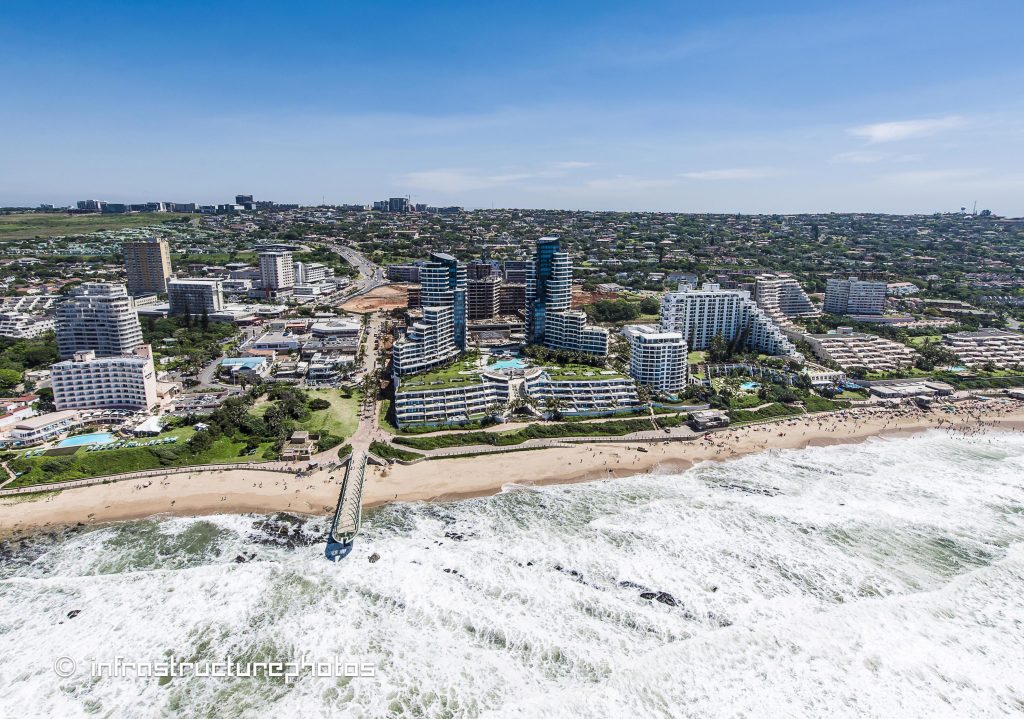 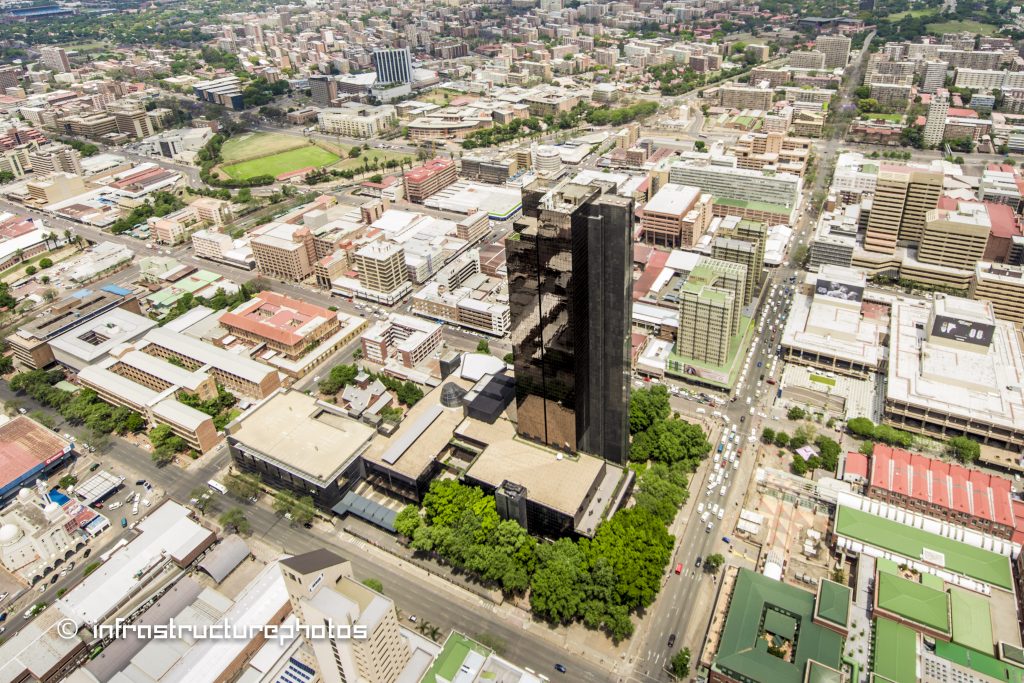 6. 88 on Field currently the 2nd tallest building in Durban. 7. The Michelangelo Towers  is a five star hotel building in  the heart of Sandton, South Africa. The building is 145m tall and 34 stories making it the tallest building in Sandton and the tallest hotel in South Africa. The building was designed by Bentel Associates International based on the following “The high-rise apartments of Manhattan were a significant influence on the design of the Michelangelo Towers apartments. Luxury apartments and penthouses offer tailor-made accommodation to their occupants, from leisure facilities to various interior configurations. The building features a classical aesthetic with arches, sandstone, and marble finishes. An elegant steel and glass dome gives the building a sense of luxury and grandeur. Contemporary details are incorporated through the use of modern finishes such as glass balustrades and aluminium framing to ensure relevance in the current market.”, http://www.bentel.net/projects/timeline/2006/item/28-michelangelo-towers.html 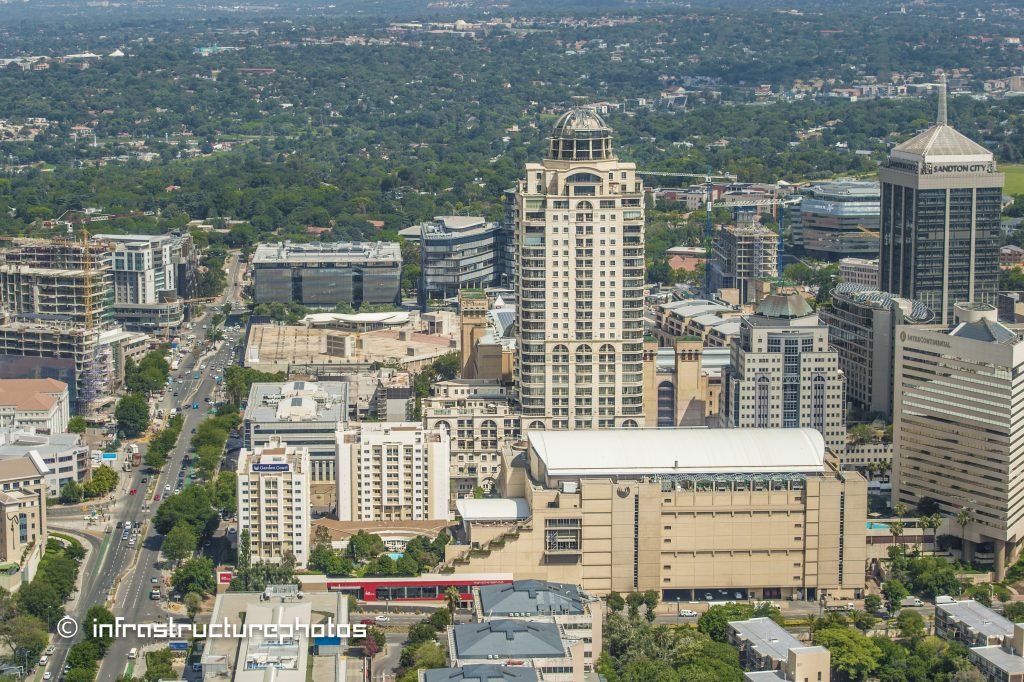 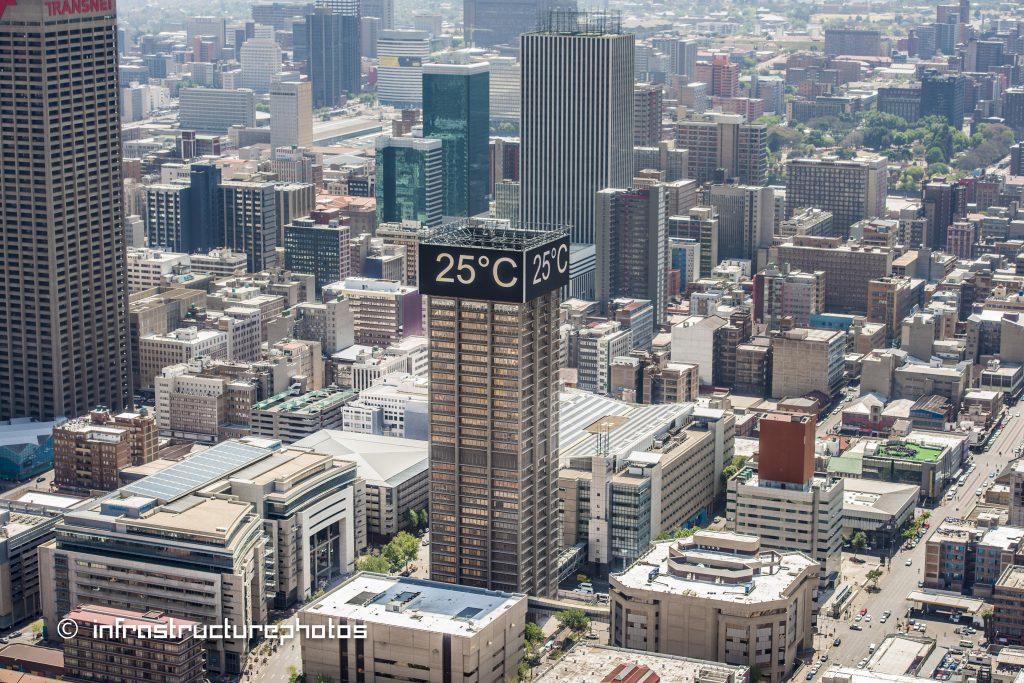 9. KwaDukuza eGoli Hotel  was built in 1970 originally as “The Tollman Towers”.  The towers were two separate towers, one 40 stories  built after being purchased by Sun International at a cost of +R100million and the other 22 built by Stanley Tollman. The two towers were linked by a four-story podium with a pool deck and a running track. In 1985 the hotel was reopened as a 670+ room Johannesburg Sun and Towers. The building was then converted to a Holiday Inn, which also quickly failed. The new KwaDukuza eGoli Hotel opened in 2001, when it hosted 3000 police officers for the world summit on sustainable development, it was owned Mark Whitehead of Whitehead Enterprises, then also soon went out of business. The building seems to be currently unoccupied. 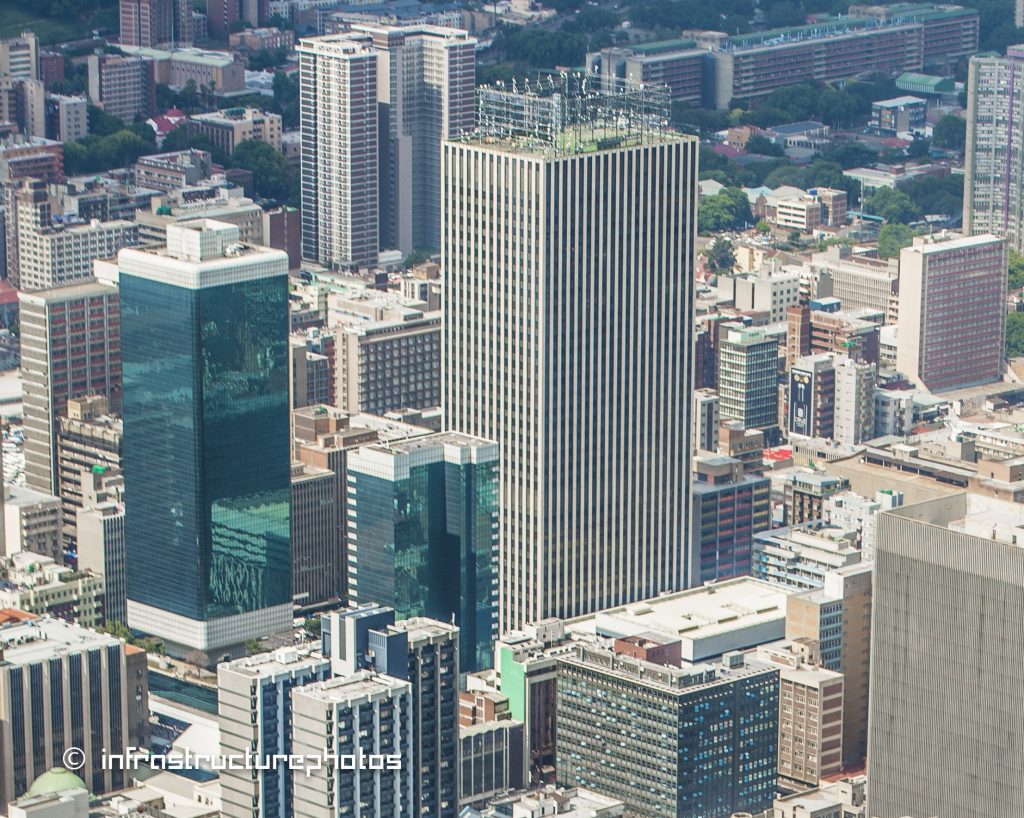 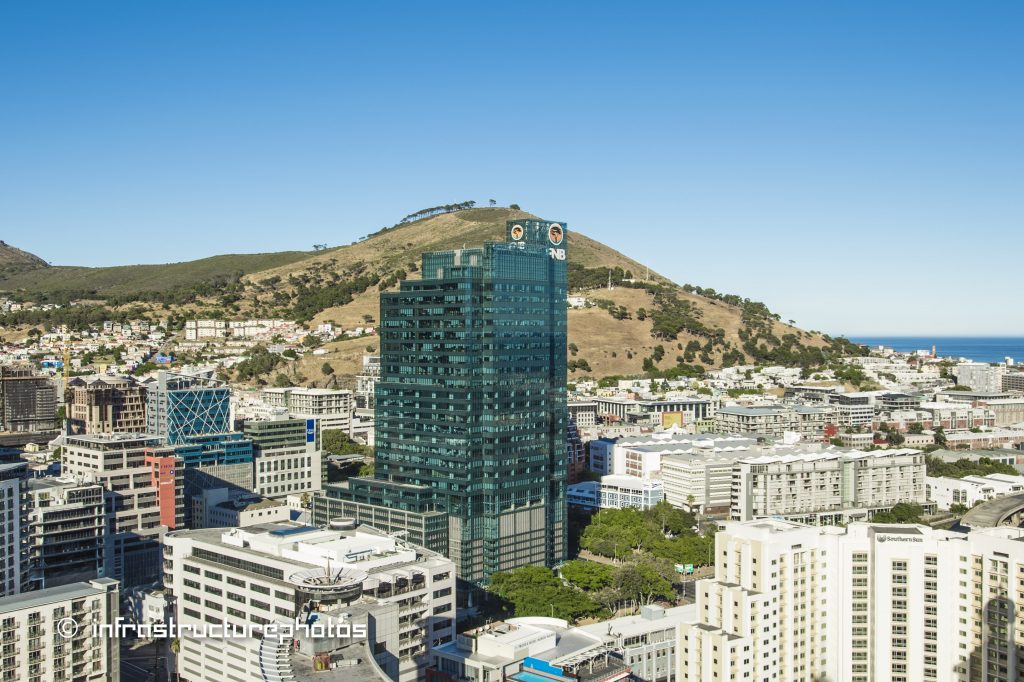 This is building is unique in that it was built from the top going down. The central core was built first , then the floors were suspended from three cantilevered arms, with the top floors added first, followed by each lower floor. The building is organised into three hanging volumes of nine office floors each, with air conditioning plants housed between the sections. The building currently has a large advert if South Africa’s ETV channel.  This buildings is often called the “ETV building”. 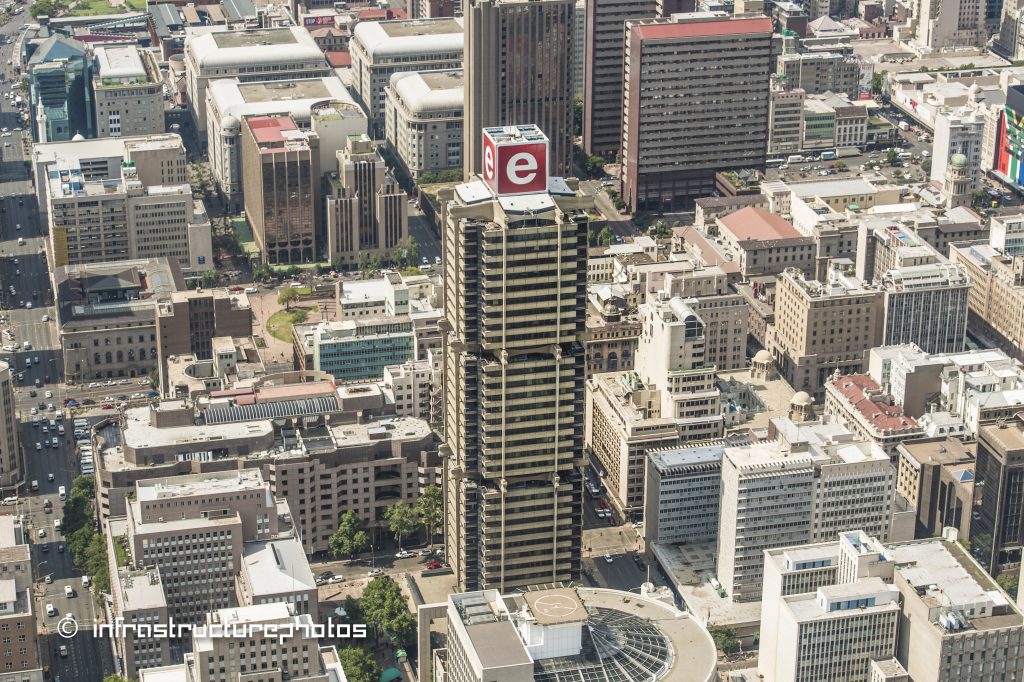 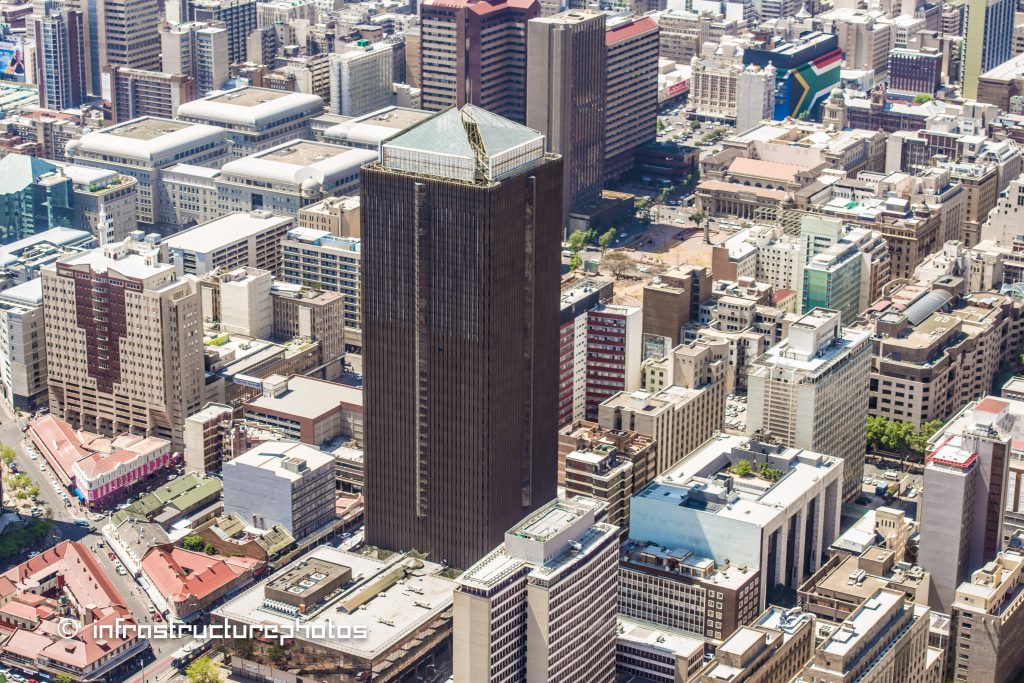 This building is currently he tallest apartment building in Durban city and has commanding views of the beachfront , harbour and city.